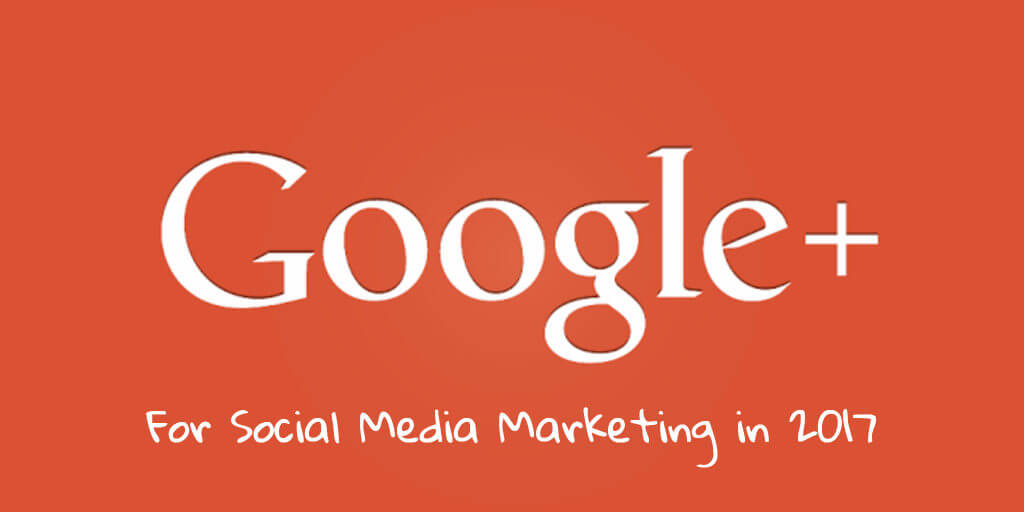 Do a quick google search for “Google+ dead” and you’ll find articles dating all the way back to 2011 (when the platform first launched) to today in 2017.

For one, it makes for a good headline, doesn’t it? “Is Google+ Dead?”

To be fair, it’s a good question that hundreds of critics and marketing experts have been trying to answer.

One author would write about it being dead and hundreds would chastise the author for all reasons why it wasn’t dead.

Another author would write that it’s alive and well and, you guessed it, people would write in saying “It’s dead. Give it up already. Don’t waste your time!”

There seems to be no consensus, so I decided it was time to take a closer look at this question.

Google+ was launched in June 2011 as a social media network built to take on the likes of Facebook and Twitter.

Vic Gundotra of Google felt it was vital to get into the social media game on a serious level before Facebook dominated the space for good. He was able to convince Google’s CEO Larry Page of this vision and to turn the company upside down for the cause.

Gundotra would often pitch to his team members and executives “[We will] create a social network or risk everything.”

Google reportedly put more than one thousand employees on the project (a huge number compared to the mere dozen employees who were still working with its predecessor, Google Buzz) and even went as far as tying all employee bonuses to the success of the platform. [src]

At the time, Facebook had an impressive 600 million active users and was the largest social media site valued at $8 billion.

Google was worth over $200 billion. In addition, it owned YouTube with over 2 billion videos watched per day and its search engine saw almost 3 billion queries per day.

On top of that, Google sentiment was very positive – it seemed almost everyone loved Google.

The path for Google+ seemed fairly clear, except for that one rather large obstacle – Facebook.

In the first few months after its launch, user registrations for Google+ were phenomenal.

People were eager to try it out due to its exclusivity (at first you needed an invite from a friend to join), as well as its newness factor and the fact that it was built by Google.

By the end of 2011, just 5 short months after its launch, the platform reached 90 million active users according to Statista.

Facebook didn’t reach this milestone until 4 years after its own launch in 2004, although one could argue that Facebook and Twitter paved the way for this kind of phenomenal growth for Google+.

The first signs of trouble emerge

It took just 5 months for signs of trouble to begin to become evident to some Google+ team members and critics.

“It was clear if you looked at the per user metrics, people weren’t posting, weren’t returning and weren’t really engaging with the product,” said one former Google employee years later.

“Six months in, there started to be a feeling that this isn’t really working.” It seemed users were signing up, but they weren’t really using the platform.

And why should they?

At the time Google+ was just another Facebook to the average user which required a bit more of a learning curve.

Sure, it had some interesting enhancements over Facebook such as “Circles” which allowed users to segment their friends into different groups (or circles) so they could post status updates to a specific circle of friends.

But often times simplicity is more important than flexibility when it comes to building a software product (something I’ve personally struggled with in years past with my own product Postradamus).

Perhaps the biggest hurdle was many people (and their friends) were already on Facebook which most people found perfectly fine for their needs.

Convincing 600 million people to move to another social network (or worse yet, maintain another) was just not likely to happen, even for an internet giant like Google.

Google decides to press on

Gundotra and Page were unshaken in their commitment, and for the next 3 years, Google pressed on.

It integrated Google+ into nearly all of its other products (and in fact requiring a Google+ account at one point in time if you wanted to comment on YouTube videos for example).

Google also added a number of interesting new features which helped to significantly increase their user base over this period.

In 2013 they claimed to have “300 million active users in just the stream, and more than 1.5 billion photos uploaded every week.”

So why were there all the articles about Google+ being dead, being a ghost town, and R.I.P. Google+ during this time?

Google comes to its senses

In 2014, Google showed signs it was beginning to come to the conclusion it was time to scrap the project since it wasn’t making the cut.

Gundotra resigned to pursue a “new journey,” and in 2015, Google separated the photos and communications aspects of Google+ into their own products: Google Photos and Google Hangouts.

Most critics were convinced it was only a matter of time now for Google+ to be shut down.

Despite all that, it would seem Google was not ready to throw in the towel, at least not completely.

Around this same time, it overhauled its platform to be redefined as an “interest-based network.” It decided to refocus on the Communities and Collections features of Google+, the ones that seemed to resonate with its user base the most.

Google+ was done with trying to compete directly with Facebook as a full blown “go-to” social media platform.

Google+ in 2017 has not seen much change in the last couple of years.

It hasn’t been retired, nor does it seem Google has any plans for it to be. You can still create a profile (and post to your stream), add friends, create circles, join communities, and create collections.

How active users are is difficult to ascertain because Google hasn’t released usage statistics for Google+ since 2013.

Some don’t even think those figures were accurate due to the integrations from products like YouTube which automatically posted to user streams.

The most recent 3rd party study was done in April of 2014 by Eric Enge of Stone Temple, and they analyzed about 500 thousand randomly selected Google+ profiles.

It found 90% of those profiles never published a single public post to their stream. When extrapolated out, the number of users who posted at least 1 time in the last 30 days was only 16 million.

The number of users who had posted 5 or more times in the last 30 days was only 4 million.

In other words, the number of monthly active users in the stream was at most 16 million and likely a lot less.

Compare that to Facebook which had over 1.6 billion monthly active users (100x more!) around the same time in 2015 and it’s probably fair to say you should stick with Facebook if you want to see your friends’ status updates.

This doesn’t mean Google+ is a “ghost town” though.

There are still some very engaged groups using the platform, and some smart social media marketers might be able to see some great returns investing time in Google+ Communities and Collections.

After all, Google+ is now all about “interest-based networking” which means people are now segmented out into interest groups (or Communities).

This means they can be easier to reach than through a Facebook page or even a Facebook group can offer.

I have personally seen some very promising results (as in far better engagement than what i’m seeing at Twitter and Facebook even) by posting articles in Google+ communities and will continue to test in the future.

What are your experiences with Google+?