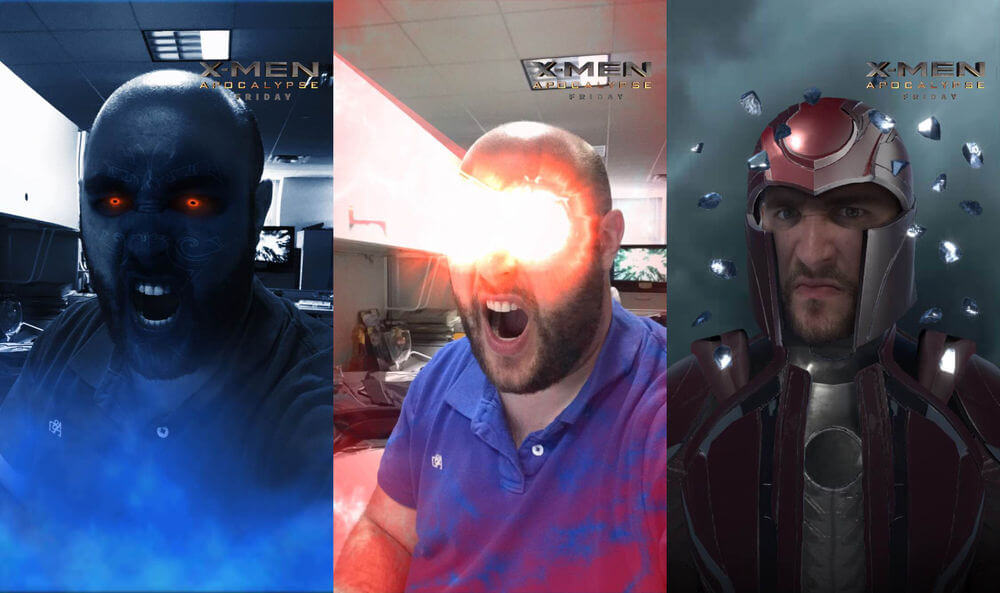 Snapchat was valued at between $20 billion and $25 billion at its IPO earlier this year. Since then, the company has been striving to justify this valuation by increasing profit and earning potential.

With 158 million daily active users, Snapchat’s greatest asset is its advertising reach, particularly because its most engaged users fall into the desirable millennial demographic.

To monetize this, Snapchat has been quick to offer big-budget advertising options to some of the most well-known brands in the world including 20th Century Fox, Taco Bell, and Kraft in the form of Snapchat lenses.

While lenses that turn users’ heads into personified versions of tacos may be out of reach for your advertising budget, Snapchat seems poised to start exploring smaller-scale and smaller-cost offerings in the near future. Update (1/7/2018) – Lens Studio is now available which allows anyone to create their own Snapchat lenses.

Here’s what you need to know about advertising with Snapchat:

Snapchat lenses are customized, stylized “filters” that are used to superimpose graphics – most commonly over users’ faces in “selfie mode” using a phone’s front-facing camera, but sometimes over “real world” images using the rear-facing camera (this feature was just launched in April 2017).

Even if you’re not familiar with Snapchat, there’s no doubt you have seen these images and videos elsewhere on the internet.

Lenses are typically interactive, fitting themselves to a user’s face and triggering animation when the user follows a prompt such as “Open your mouth” or “Raise your eyebrows.”

Because of this, they are considered not just animation, but augmented reality, or AR – a concept that other social media platforms are only starting to experiment with recently.

The offering of lenses for users to play with changes daily; about a dozen lenses are available at any given time, with some that are nearly constantly available (like the dog), and some popping up occasionally (like the noir-style detective).

In addition to the standard, unbranded lenses, Snapchat has given advertisers the option to purchase branded lenses.

Branded lenses are only offered for 24 hours – making them a great option for a large brand to tie to the release of a product or movie, or a specific event or holiday.

Movie studios often use lenses to promote their newest films. Gatorade has sponsored lenses during the SuperBowl which mimic the tradition of dumping the sports drink on the winning coach’s head, featuring different Gatorade colors pouring over the user.

Snapchat’s developers work with advertisers to make sure that their branded lenses are fun, interactive, and on message.

Why would a brand use them?

As users play with the lenses and then send their photos and videos to friends, a form of “viral marketing” takes over. This ultimately leads to positive brand association and awareness.

For large brands with vast financial and creative resources, a Snapchat lens campaign is a cutting-edge way to increase brand awareness and promote a particular holiday or product. It’s also a particularly great interactive way to reach the millennial crowd.

Because sponsored lenses cost a minimum of six figures for a 24-hour campaign and require a team of Snapchat developers to work in conjunction with advertisers, relatively few brands have experimented with this new medium.

Which brands have used them? 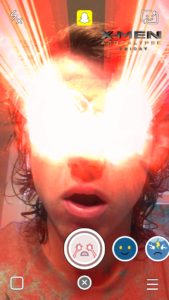 20th Century Fox was the first brand to sponsor a Snapchat lens during Halloween 2015 to promote its new Peanuts movie.

More recently, the studio did the first lens “takeover” where all available lenses were sponsored on campaign day; none of Snapchat’s regular lenses or any other sponsored lenses were available for the day.

Users had the option to turn themselves into nine different X-Men: Apocalypse characters ahead of the movie’s release.

According to Snapchat, users played with the lenses for an average of 109 seconds, and their intention to see the movie in the theater was increased by 25%.

The lens was uniquely silly while keeping the branding subtle, turning user’s heads into tacos while playing the company’s signature “bell” sound.

The average user interacted with the lens on their own for quite some time before snapping a photo or video and sending it to their friends.

According to Snapchat, this added up to an astounding 12.5 years worth of play in just one day.

The lens allowed users to try on a pair of the famous designer’s glasses while transporting them to different locations including the beach and a big city.

Snapchat reported that the lens resulted in an 18% increase in ad awareness and 12.5% lift in sunglass preference for the brand.

Are they a good option for small brands?

As of mid-2017, sponsored Snapchat lenses are not likely to earn a very good return on investment for small and medium-sized companies.

In addition to the reported $100,000 minimum price, one downside to sponsored Snapchat lenses is that they are only available nationally.

A small local or regional brand would not be able to scale down to target their audience by location – meaning many advertising dollars would be spent reaching people who would be unlikely to ever become customers. This could change in the near future, though.

These full-screen ads start with up to 10 seconds of video that play either in between viewing friends’ stories, or while viewing Snapchat content from Discover publishers like CNN, Cosmopolitan, and Vice.

These filters are static images that promote a store, brand, or event that users can choose to place over their photos and videos.

Brands can design their own geofilters that will only be available to users who visit their store or attend their event.

Even if your business can’t invest in Snapchat advertising, keeping up an active presence on the platform is an inexpensive way to reach potential clients or customers, and show the world what you have to offer.

Try sharing photos and videos from employee events and around the office in order to build your brand’s personality and social media following!

Have you personally tried out any branded Snapchat lenses?